Genelec’s new 8020A monitor is the smallest in the 8000 series, but still features an active two-way design. Controls on the rear panel optimise the audio performance to best suit the environment in which the speakers find themselves. With a decidedly compact 151 x 142mm footprint and a height of just 242mm, the rear ported 8020A features a die-cast aluminium enclosure with integral high-frequency waveguide and rounded corners to minimise diffraction. The shape also makes the case extremely rigid, which in turn cuts down on unwanted cabinet resonances.

The drivers comprise a 105mm bass/mid-range driver augmented by a 19mm tweeter firing into the waveguide depression moulded into the front of the case. Both drivers are magnetically shielded. Each driver has its own 20W amplifier on board, fed from an active crossover operating at 3kHz, and driver protection is built into the system. Despite being tiny, even compared to the earlier Genelec 1029A, the free-field frequency response is quoted as being 66Hz-20kHz ±2.5dB with a maximum SPL per pair at one metre of 105dB 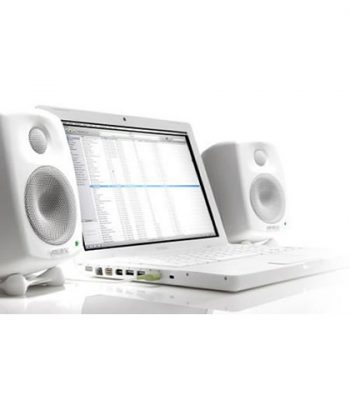 Book a studio in a couple of clicks

Your application for the MART Sound Production studio reservation is accepted. (Rent price ). In the near future we will contact you

Your application for the acquisition of the course on the vocals of MART Sound Production has been accepted. In the near future we will contact you